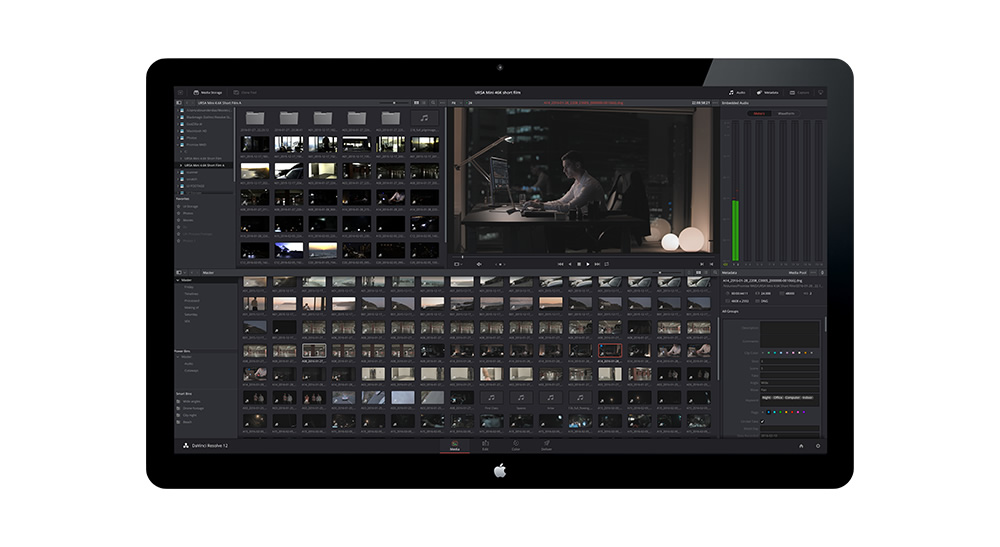 Blackmagic surprised everyone with the incredible number of features and enhancements added to it’s newly released DaVinci Resolve 12.5

Here’s a list of some of the new features:

The single point tracker is an impressive new feature that i’m really excited about. Even though Resovle cloud tracker is the best in the industry, it used to face some challenges when trying to track a single point in your image. Now with the new single point tracker, Resolve 12.5 understands that It shouldn’t track an object but rather a single high contrast point in your image. That allows you to track fine details like eyes car lights.

One of the first decisions that you have to make when you color correct/grade is choosing the temperature of your image.

The new temperature/ tint controls allow you to adjust the temperature of your image without having to use the color wheels, making it way faster to achieve the desired look for your image.

One of the new additions that allows you to reach the exact point you want in your clip way faster, is the new audio waveform overlay. Now you can display the audio waveform on top of your monitor allowing you to see the video and audio at the same time, making it way faster for you to edit your footage.

This new feature in DaVinci Resolve 12.5 makes it way easier to export your footage to any format without having to tinker with render settings. it used to be that export settings had to be tinkered with a lot. You had to choose your CODEC, wrapper , audio formats, along with many other advanced settings that are often confusing for beginners.

What do you think of the new features?
Let me know below.